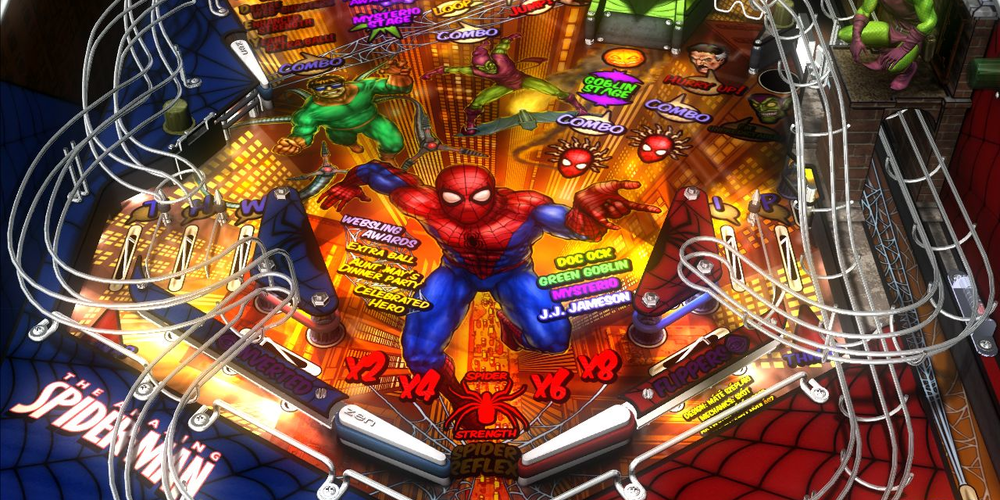 Pinball games have been a classic arcade favorite for generations. You know the drill – you put in some coins and try to get as many points as possible. These days, pinball machines are becoming harder and harder to find, but that doesn’t mean you can’t still enjoy this beloved game. With the rise of mobile gaming, there are now tons of amazing pinball games available for iPhone and iPad (iOS). From classic tables to modern favorites, here is our list of the top 7 best pinball games for iOS devices!

Pinball Arcade: If you want an authentic experience that stays true to classic machines, then Pinball Arcade is your best bet. This app offers dozens of officially licensed tables from major brands like Williams, Bally, Stern Pinball Inc., Gottlieb & Company and more. It also features high-definition graphics along with original soundtracks from each table. You can even play tournaments or challenge your friends online!

Star Wars™ Pinball 6: Fans of Star Wars will love this one! Star Wars™ Pinball 6 combines the iconic sci-fi franchise with classic pinball action. This app comes with six different themed tables based on characters like Luke Skywalker and Darth Vader as well as moments from The Empire Strikes Back and Return Of The Jedi films. Plus it has awesome 3D animations so you can really feel like part of the universe!

Aliens vs Pinball: Who doesn’t love a good alien invasion? Aliens vs Pinball takes you into outer space where you must battle aliens by playing three exciting pinball tables based on Alien movies — Alien vs Predator™, Alien®, and Aliens™: Colonial Marines. And don’t forget about all those bonus objectives because they will help unlock new content such as extra levels or character skins!

Marvel Pinball: If superheroes are more your style then look no further than Marvel Pinball! This app includes four dynamic tables featuring fan favorites such as Iron Man, Spiderman, Thor, Wolverine, and Captain America along with other heroes who join forces in order to save Earth against evil villains. As if that wasn't enough there are also plenty of powerups throughout each board which makes things even more challenging!

Epic Quest: This one mixes up traditional pinball elements with RPG elements making it quite unique. In Epic Quest players take control over Gizmo - a brave warrior who must traverse through fantastical landscapes while bouncing his way towards victory. There are eight different stages filled with enemies traps puzzles etc so be prepared for challenges ahead!

Pro Pinball: Big Race USA: Last but not least we got Pro Pingallo Big Race USA where players must race their way across. United States competing against rival drivers on thrilling tracks. Each table offers various interactive objects routes bonuses mini games giving players the freedom to choose their own path to complete their mission. What's cool about this game too is detailed statistics allow monitoring progress between races making it easier to compare yourself to others. Also, various upgrade system adds a bit of a strategic layer to overall gameplay which nice touch. All these apps offer something special when comes to playing virtual pingallos. Whether looking for nostalgic vibes frenetic action standalone adventures multiplayer modes there is certainly something everyone out of the list above. So grab a device download a few titles and start exploring the wonderful world pongallos today.

We hope our selection helps narrow down some choices next time someone wants an awesome gaming experience on their iPhone/iPad device regardless if it’s seasoned veterans looking for something familiar yet new OR newcomers who want something easy enough to pick up yet challenging enough keep them coming back for more after each session ends - then definitely check out any (or possibly all!). Of our picks listed above before deciding which title suits them best since there are plenty of suitable options here that fit anyone&everyone’s taste whether casual gamers OR hardcore enthusiasts alike!